This coin is 2 inches in diameter and is trackable at geocaching.com. It features a 24 karat gold and antique copper finish.

Before the earth, before the sun, there was a star named Miterathea. When she still blazed in the heavens, the universe contained almost no elements heavier than hydrogen and helium. There was no oxygen to make water, or for animals to breath; there was no carbon to make the bodies of living things; there was no iron, nickel, or silicon to make rocks; there was no uranium or thorium to heat the cores of planets and make them living worlds with growing mountains and plate tectonics. However, large stars like Miterathea make all of these elements deep inside of themselves. The nuclear fire that cause them to live and burn, also creates all of the heavy elements needed to build worlds and to make up the bodies of living organisms.

Miterathea wove together huge quantities of elements while she was alive, but her true creative force was unleashed when she died. As her life ended, her core collapsed and in a fiery explosion that shone brighter than one million stars, she briefly raged as a supernova. It was during this death that she created much of the material that makes up the planets of our solar system and our very bodies. In a very real sense, Miterathea was the mother of our sun, our earth, and every one of us. This is not a work of fiction; it is a scientific fact that can be found in astronomy text books. 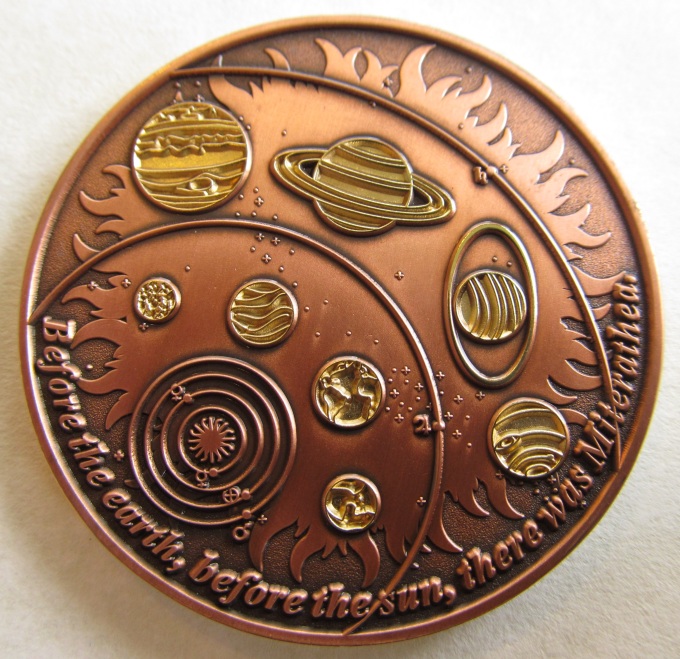 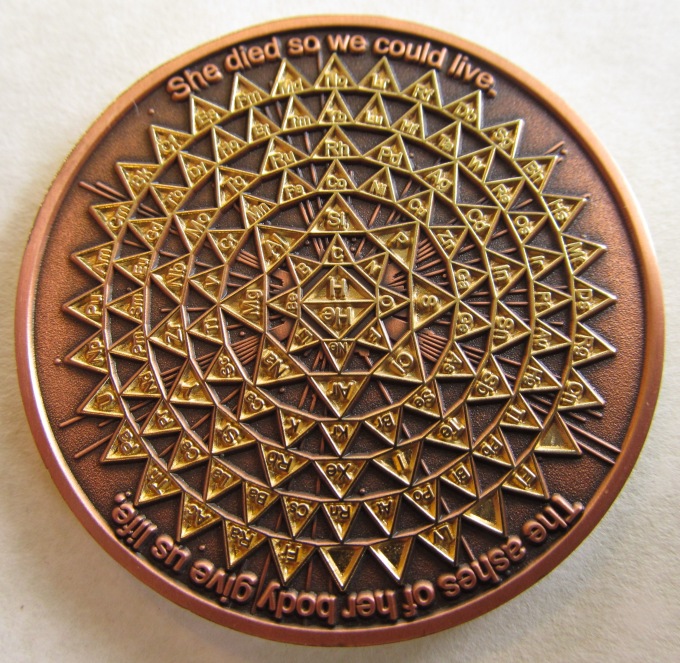 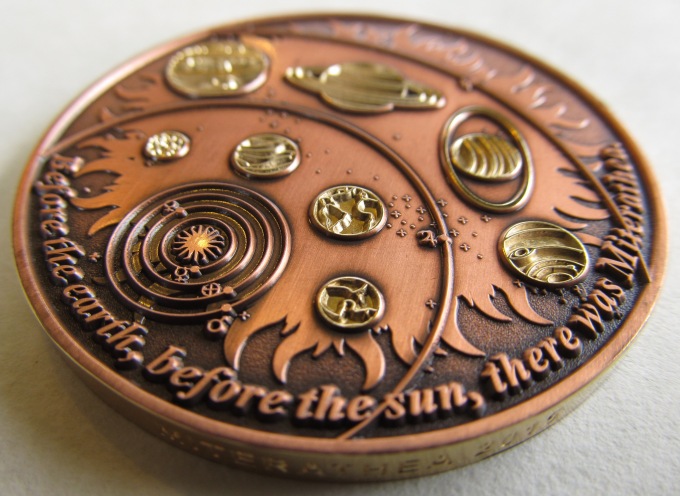 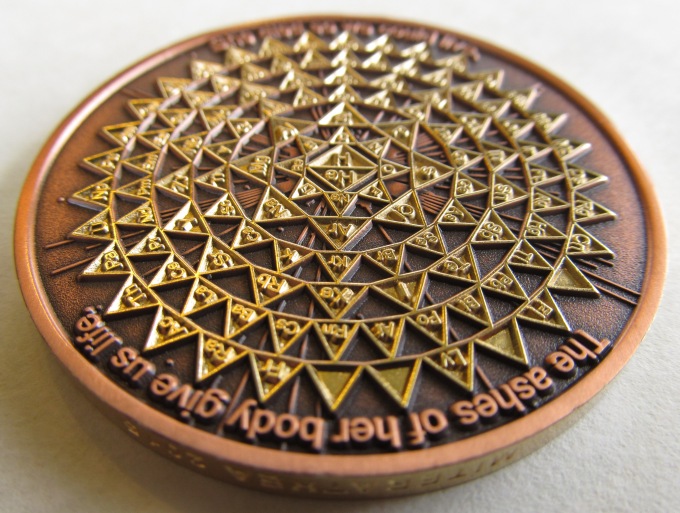 “In our world,” said Eustace, “a star is a huge ball of flaming gas.”
Even in your world, my son, that is not what a star is, but only what it is made of.”
― C.S. Lewis, The Voyage of the Dawn Treader

Miterathea was a star. In the time that she had been born, the universe was young and different than our universe today. Although the heavens were new, Miterathea was still nurtured by other stars that were older and wiser than she. Some of the first words that she learned were part of a wonderful counting song that went like this:

“One plus one equals two

Young Miterathea loved the song and she sang it as she learned how to build different types of atoms for this is what stars do to remain alive.  As she grew older, she learned how to build other things as well. She reached out with her long arms and built balls of cool gas around her; we would call the balls planets. These planets were much cooler than she was and their atoms collected electrons. The cool atoms and the electrons did a strange dance that gave her much pleasure. She squealed in delight and shouted out “chemical reactions!” This is how she spent her childhood: creating new atoms and watching her planets grow and develop.

When Miterathea grew to be an adult, the older stars told her about something wonderful. The chemical reactions on the cold planets could be nudged to become more and more complex until after a time, a spark would develop in them and they would suddenly explode into unexpected complexity of breathtaking beauty. If everything were right, the simple reactions could stop being simple and begin to pulse with what seemed to be a melody. It reminded Miterathea of the counting song, but instead of making new atoms, these reactions could make new chemicals, wonderful chemicals. One particularly old and wise star said to her, “The planets are much too cold for the counting song, so they can never be alive the way that we stars are, but that complex chemical reaction is also a kind of life. At those words, Miterathea felt a new purpose build inside of her, the meaning of her life was to bring this strange and new life to her planets.

Miterathea reached out her arms to her planets and began to stir. The ingredients that she had to work with were mostly hydrogen and helium because the planets were made of similar stuff as she was made of, but much colder. She knew that life requires bigger atoms so she added carbon, nitrogen, and oxygen to make marvelous chains of atoms. Still, none of them ever pulsed with the song of life.

What was wrong? Why didn’t life come to her planets? She stirred the hydrogen, carbon, oxygen, and nitrogen in different parts of the planets. She stirred high in the atmosphere, she stirred low in the atmosphere, she even stirred in the depths of the planets, but life would never appear. A few times she thought she felt a spark and it seemed that the notes of a melody were beginning, but it never took hold. The spark would dissipate and Miterathea would only hear silence. Miterathea wept bitterly. In her heart she knew that her true purpose was to give birth to the life that could grow on planets. What was wrong? After much thought, she realized that life needed much more of the larger atoms to catch fire and burn.

For countless seasons Miterathea built heavier atoms and sprinkled it outward to fall onto her planets. However, there came a day when she finally understood that she would never be able to create enough heavy atoms for life to succeed, so she gave up on her one true purpose. She accepted that she would live a smaller life. Stars know other songs than the counting song and Miterathea found meaning in these. She talked with the other stars for years upon years upon years and they reflected on existence. One year she learned about the words of annihilation; the words that bring death to a star. She was horrified and troubled that such a thing was possible. Why would a star ever willingly chose to die? She shuddered and willed herself to think happier thoughts.

A day came when Miterathea felt that she was just thinking the same thoughts over and over without purpose. What was purpose? Why was she even alive? What could she possibly do that would mean something? Was it time to die? Death had once terrified her, but now it did not seem so bad. She thought back to when she had been young and foolish. She had naively tried to stir up life on her planets, but it was now so obvious that she could never hope to make enough heavy atoms. There was no way possible. She was barren, childless and would always be.

“LET THERE BE LIGHT!”

and there was light

Miterathea was terrified for she had started something terrible that could not be stopped. Her body was changing and she would not survive the change. She had spoken the words of annihilation and her core had collapsed. She was dying.

Miterathea felt panic overtake her and to retain her sanity she recalled the counting song of her youngest memories. One plus one equals two; two plus two equals four; four plus two equals six; and so forth. She felt her ruined body creating new atoms at an unbelievable rate. She burned brighter than all of the other stars combined. She had done something terrible and she began to sob in fear and regret.

Then a new thought took hold. Maybe she had done something terrible, but she had also done something wonderful! This was her final flash of glory. In her dying breath she was creating the atoms needed for life to take hold. She had given up on ever seeing life on her planets, but there would be life after all. She laughed and laughed as her last blindingly brilliant explosion created all of the carbon, oxygen, nitrogen, silicon, iron, silicon, and  . . . EVERYTHING that life would ever need. She saw impossible things happening in the final explosion. She was making nickel! and gold! and lead! and uranium! And thorium! Impossible! She laughed and laughed with the intensity of a million suns as her last thoughts formed. She was dying, but she was also giving birth. From the ashes of her body, a new star would arise and around it would circle planets full of everything needed for life. At last she had achieved her dream; she had become the mother that she had always wanted to be. Miterathea passed on.

Long after Miterathea’s death, a new star burned and all throughout it were the ashes of her body. Around this small yellow star circled dense, rocky planets, which were very different than the planets that Miterathea had known while she was alive. These worlds were made up almost completely of Miterathea’s ashes. On the third planet out, a complex chemical reaction began and it grew until a spark appeared and a melody began of unimaginable complexity.