The writing on the front of this coin is called tengwar and it says, “and the winter gave way to the spring”. This design was called “traveler” because it was intended to be placed in caches instead of being kept in a stationary collection. The 2014 editions had a redesigned back face. The word “sidereal” is used frequently in Gregson Vaux Artifacts’ coin edition names. It is Latin and means ‘starry’. A nickel finish was chosen to represent the light of the stars. The first picture shows the 2011 design for the back. 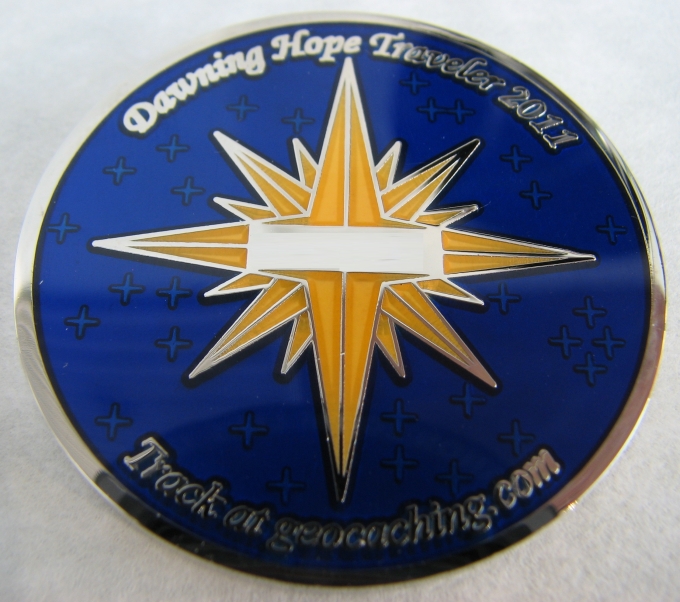 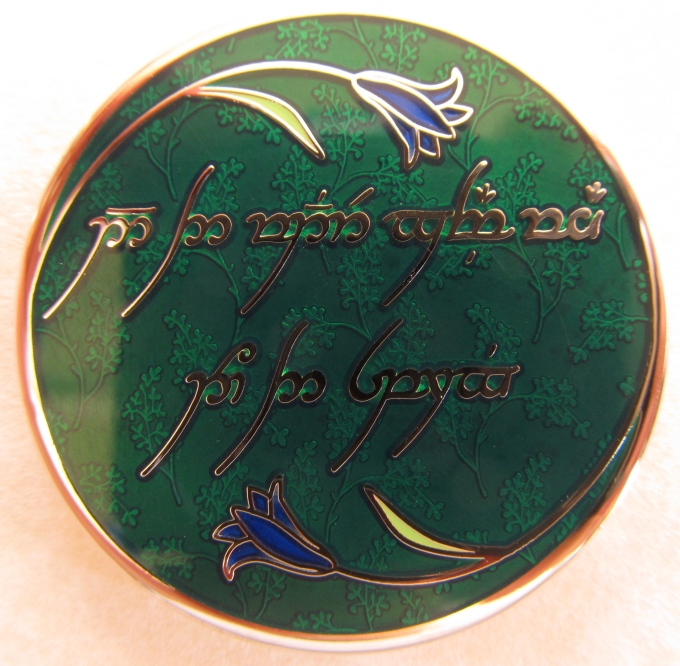 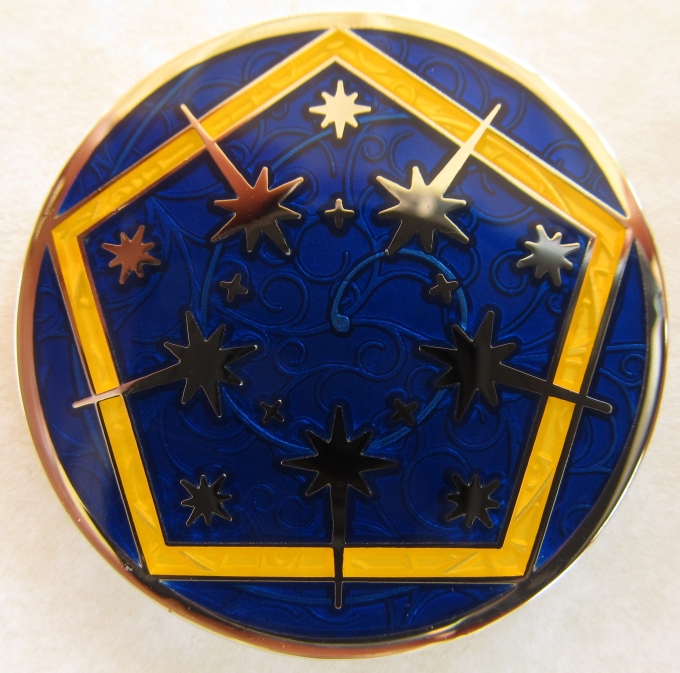 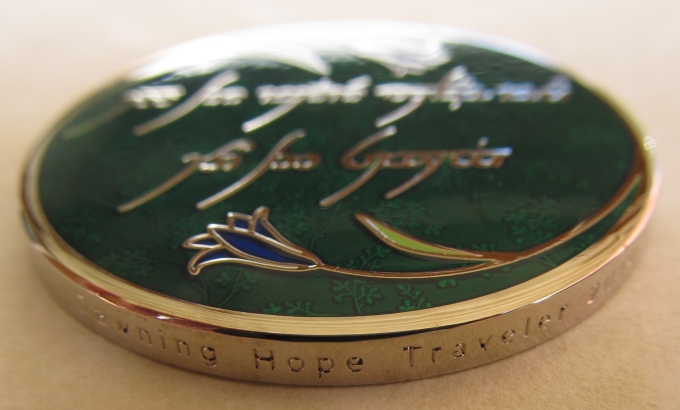 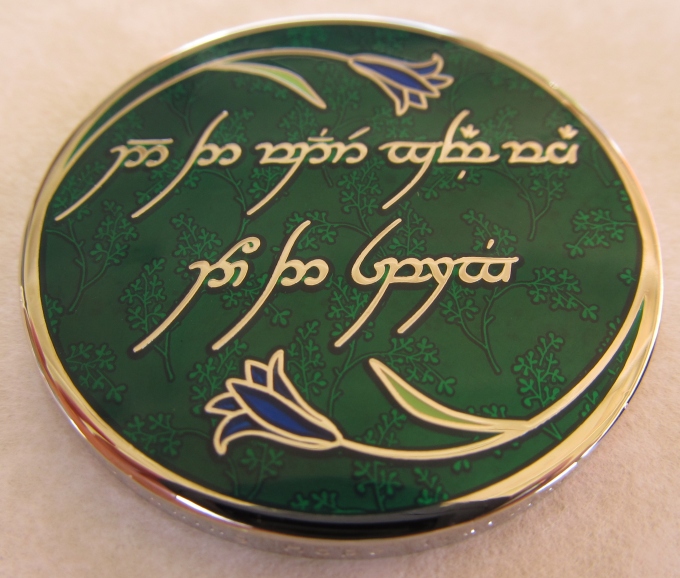 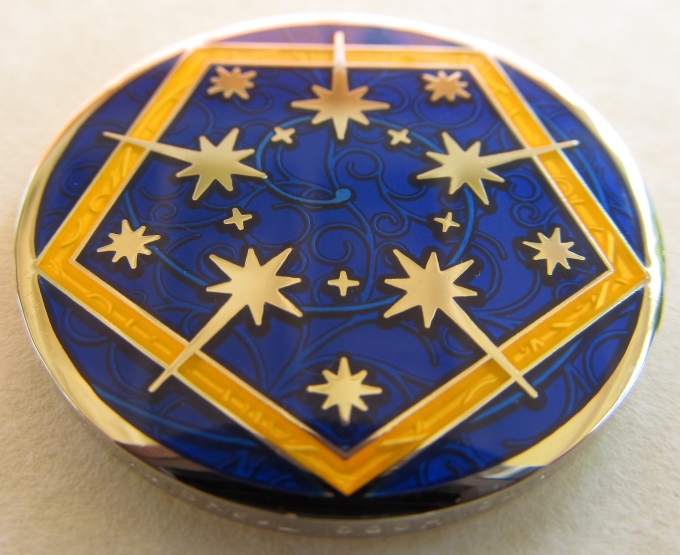 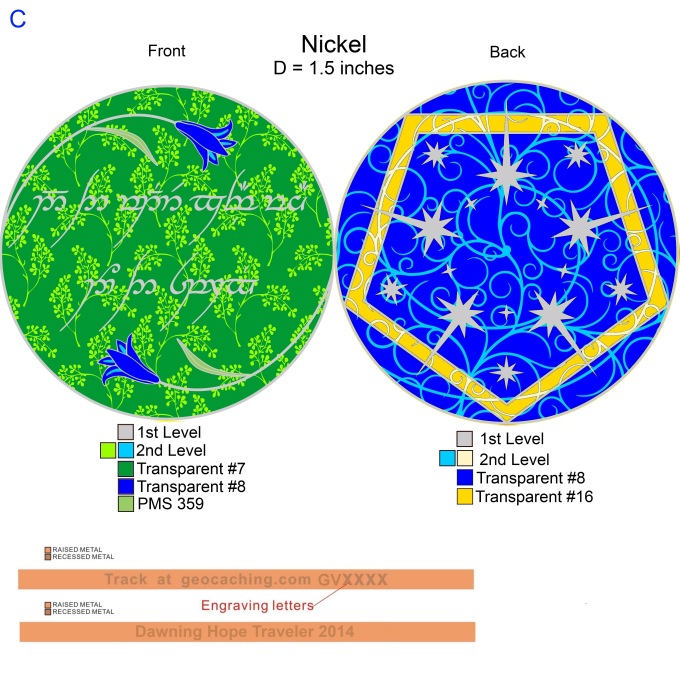 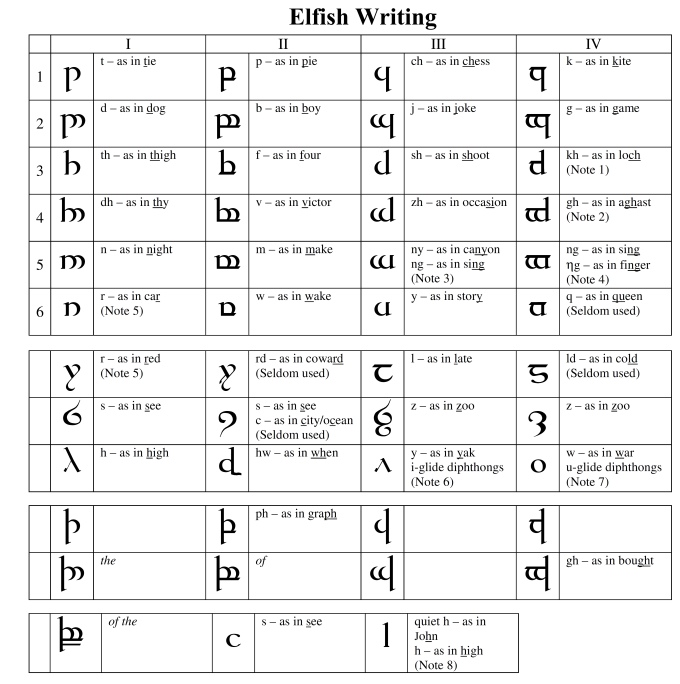